Why Study In Portugal

With a long history of higher education, Portugal offers high-quality degree programmes. International students planning to study in Europe have Portugal at the top of their list. If you are among them and want to learn more about it, here we present the main reasons for choosing to study in Portugal. 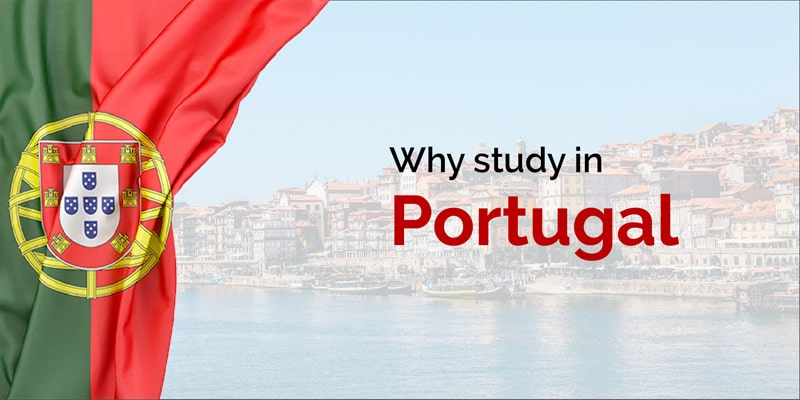 Why study in Portugal

Portugal is one of the most favourable countries in Europe for international students. There are several reasons behind choosing Portugal for pursuing higher education degrees. Here we have narrowed down some of the important reasons for studying in Portugal:

2. The education system in Portugal

Portugal is a signatory to the Bologna Process. Thus it upholds the standard of Europe in their Higher education. You can obtain all the degree of higher education in Portugal, Bachelor, Masters and PhD. The degree obtained from the University of Portugal will take your career to another level.

If you will study in Portugal you will learn at least some basics of the Portuguese language. If you are successful in learning Portuguese, you will be speaking the world’s 6th most spoken language. Portuguese is the main language in 9 countries and is spoken by over 250 million people in the world.

Knowing the Portuguese language would bring you numerous benefits in your future career since language skills are highly looked after by the employers in this world.  This will be a great CV-booster once you graduate and can help you build networks with people in four different continents, South America, Europe, Africa and Asia.

4. Affordable Tuition Fees in the universities in Portugal

5. The low cost of living in Portugal

Portugal is a relatively cheaper country compared to the rest of Western Europe. This means that if you are on a low budget but want to get quality abroad education, Portugal is the right place for you.  You can manage reasonably well in smaller student cities with under $1000. This is one of the biggest reasons to study in Portugal.

6. Scholarships to Study in Portugal

Not only that, if you are successful in obtaining fully paid scholarships, you can study for free in the country. Isn't it a good idea for international students who cannot afford abroad studies? This is one of the biggest benefits of studying in Portugal.

The Portuguese are known for their reputation for being hospitable. The locals will warmly receive you. Without discriminating between tourists or foreigners from local people, this country looks at each visitor as a welcome guest. They will also help you and assist you throughout your stay in Portugal. Isn’t it amazing? With this welcoming culture, you will easily get adjusted in this new country.

8. It opens up doors for your future

9. Study in Portugal in English

Though Portuguese is the principal language in Portuguese, you can still find courses which are taught in English. Many Private universities offer courses taught in English, especially at the postgraduate level. So you don’t need to worry if you are not fluent enough in the Portuguese language. You will still have the opportunity to study in Portugal.

10. Study in Portugal without IELTS

Yes, this is great news, right? Even if you don’t appear for the IELTS, you can get a chance to get admission in a Portuguese university. Several colleges in Portugal do not ask for the IELTS if your previous education was completed in the English language. This is one of the major advantages to those who want to study abroad without appearing for IELTS.

11. Study and work in Portugal 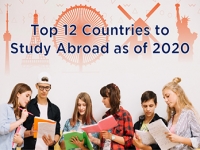