Post Study Work Visa in UK: Stay Back for 2 Years after Graduation

From 2020, international students who are graduating from Universities in UK can stay in the country for two years and look for employment. As mentioned, the stay back was reduced to four months in 2012, and thus, these changes come as a piece of good news for students and universities alike. Students have more time to look for jobs and stay in UK for longer period of time, increasing their possibility to land a permanent job. Universities, on the other hand, welcome this change as they can attract more and more international students to their campuses.

For many academics and experts, the stay back period of four months (or six months since early 2019) was too short for international students to look for employment after graduation, or even to attract international students to study in UK. Also, there was a cap on a work visa in UK (Tier 2 Visa), which meant only a limited number of visas were granted out of a large number of applications. From now, there is no cap on the tier 2 work visa, and anyone who is eligible for it can be granted.
In addition to that, students can also apply and work at a job regardless of their subject and skill, from which they have graduated. Students are not required to land a job in their respective field of study to be granted a work visa in UK. UK is aiming to have 6,00,000 international students to Study in UK Universities for 2020. These changes have been implemented for the same, and are expected to help UK achieve the same.
Many in UK believe that the changes were much needed as the international students are very important for the country’s economy, which is expected to take a hit after Brexit.

How these changes affect Indian Students:

Indian students make the largest demographic of international students after the Chinese in UK. More than 16000 Indian students were studying in UK in the year 2017. The current trends are about to change for Indian Students who have long been preferring USA and Canada since UK chose to restrict the stay back period under then-President Theresa May in 2012. 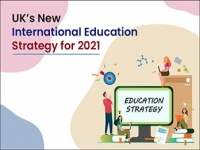 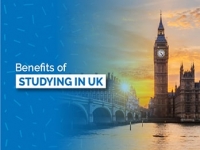 Benefits of Studying in UK 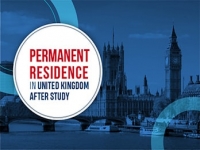 Permanent Residence in UK After Study

Post Study Work Visa in UK: Stay Back for 2 Years after Graduation