Top Business Schools in Germany for 2021

For ESMT Berlin, 2019 proved to be a game-changer in terms of ranking among the European Business Schools. ESMT jumped way above to become the 9th best business school in Europe, from the previous year’s 24th place. ESMT stands for the European School of Management and Technology. It was founded in Berlin in 2002 by 25 companies like Siemens and Bosch. It holds triple accreditation by AMBA, EQUIS, and AACSB which is only held by 1% of the business schools in the world. According to QS MBA rankings, ESMT ranks at 80th among 240 business schools in the world.

Not only WHU ranks at 23rd among the best business schools in Europe, but its full-time MBA is also ranked 18th in the world by Financial Times. For QS MBA rankings, it ranks even above ESMT Berlin, at 66th place. The programs offered at WHU include Full-time and part-time MBA, EMBA, Masters in Management, Masters in Finance, and BSc in Business Administration. The school was founded in 1984 by the Koblenz Chamber of Commerce.

Also known as MBS, this business school is under the University of Mannheim. Just like ESMT Berlin, it is also triple accreditation by AMBA, EQUIS, and AACSB, making it one of the most prestigious business schools in Germany. MBS ranks 24th among the European business schools according to Financial Times, however, for QS MBA Rankings, it is the first among all German business schools, and 38th globally. Apart from the MBA, the other courses are EMBA, Masters in Management Analytics, and Master of Accounting and Taxation.

Frankfurt School of Finance and Management

Another triple-accredited business school of Germany, the Frankfurt School of Finance and Management was founded in 1957 as a bank academy. For the first three decades of its existence, it stayed like that before changing into a Finance and Management institute. The school has multiple courses available under the departments of Economics, Management, Law, Philosophy, Finance, and Accounting. It is the 4th best German Business school and 32nd best among the European business school. QS Global Ranking puts it above WHU and ESMT, at the 2nd place.

Established in 1898, HHL Leipzig is one of the world’s oldest business schools. The courses offered are full-time and part-time MBA, Masters in Management, Global EMBA, Distance Euro-MBA with six residential weeks, and other doctoral programs. The school is also authorised to award post-doctoral degrees. The business school is accredited by AACSB. HHL ranks at 57th best European business school, 5th best in Germany. As for the Global MBA rankings, it ranks between 111 and 120 in the world.

The University of Cologne was established in 1388, making it only sixth university in central Europe at the time, and one of the oldest in the world. It is also one of the largest universities in Germany with more than 48000 students. The university is known for its Masters in Management course, which ranks 51st in the world. In terms of business education, the university ranks at 6th in Germany and 74th among the European Business Schools. The University of Cologne maintains partnerships with 20 universities from 10 different countries.

TUM school of management is a part of the Technical University of Munich, which is the highest-ranked university in Germany. Among the top universities of the World, TUM ranks 50th. Among the Top Business schools in Germany, it ranks 7th and among European Business Schools, it ranks 70th. As far as the business and management courses go, the university is a member of TIME (Top International Managers in Engineering). The course most sought after by the students at TUM School of Management is MIM, the Masters in Management. 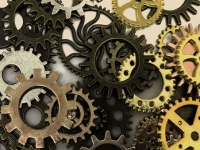 Best Courses to Study in Germany for International Students

MS in Germany: A Complete Guide for International Students

Top Business Schools in Germany for 2021